May 14, 2021 – M.T.H. Electric Trains has announced a series of uncataloged Premier O Scale AAR Boxcars in two Nickel Plate Road schemes for exclusive distribution for M.T.H. Authorized Retailer Stockyard Express. Each car will be available in two car numbers and limited in production and only available directly from Stockyard Express for just $69.95 (Plus Freight). Delivery is slated for September 2021. 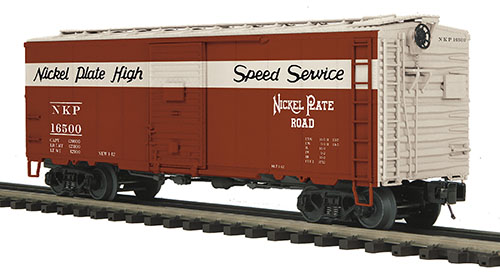 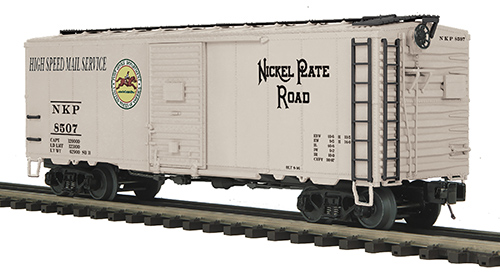 The 40’ steel boxcar so familiar to model railroaders was a product of the 1930s. Wood box cars, which were built into the World War I era, and early steel cars were largely non-standardized, with details varying from railroad to railroad. The move toward standardization began with American Railway Association (ARA) designs of 1923 and 1932. It culminated in the 1937 AAR box car, the prototype for this Premier model, which was adopted by railroads from coast to coast and built in the tens of thousands. (The AAR (American Association of Railroads) was and still is the successor to the ARA.)

While the original paint schemes were usually drab variations on standard box car red, new schemes in the 1950s and later brought color back to the American freight train. Our models replicate many of the most fondly remembered paint schemes seen on these cars.

ORDER DIRECTLY VIA EMAIL OR PHONE FROM: